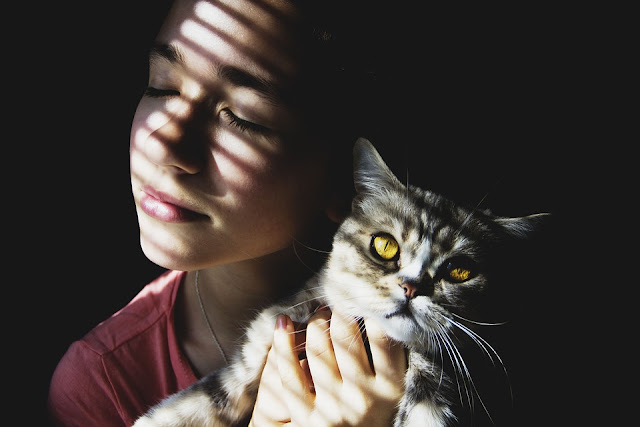 How did I come to be a cat?

I belong to the large family of felids with whom I share one common ancestor ten to fifteen millions now. Yes I am a cousin to tigers, lions, mountain lions, leopards and others, at the same time the brother of the wild cat.

My brother and I said goodbye as early as the first encounter with Man. My bro preferred the life of the wild as it is while I chose to take the risk of the new adventure with the mysterious being that I henceforth relate my destiny with.

Human community had gone under drastic transformations at the time.  But it wasn’t till Man entered the first stages of civilization through the discovery of agriculture that our company became possible.

When Man was still a hunter, dogs had been the best choice of his selection, and his dwelling had no extra room for a cat.

Then, and a bit by bit, after settling down for land cultivation, I and Man came into contact. As people set forth to gather and store their grains, they had a great headache managing their relation with rodents.

This doesn’t mean Man and I sat around and set the terms and agreed on. This is man-to-man business. Nor did Man close his eyes and gave a minute thought and said, ‘’ cat, I want you in my army to fight the mouse and save my grains’’, because I wouldn’t have given a shit about his grains.

Actually, it was up to me to domesticate myself more than on people. I was only sort of going on my habitual action of looking for food, small preys, when I discovered how rich human towns were with mice and other vermin.

So I began hunting around very often, and people tolerated my presence, as they saw the rescue in my teeth. Bit by bit I got closer to their dwellings to enjoy more mouse meals and people were happy for mice cleansing operations.

They begun to shelter me and consolidate our relation. I ceased turning back to the wild, as life among humans was much more prosperous and secured.   This was my road into Man company. 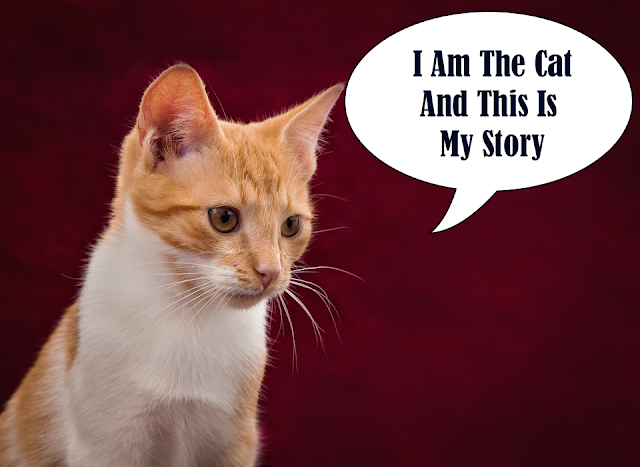 Through the long journey with my new friend, Man, I’ve witnessed bents and crossroads probably in as much as Man himself has. I’ve seen and lived his glory days as well as his blistering disgrace, his rise and his downfalls.

For me, the impressive era of our friendship was the moments I spent in ancient Egypt. Much reverence was bestowed upon me.

Never forget I was once a God! And what a god? God of LOVE as Abstet, the Egyptian goddess of love had a head of a cat! They even singled me out with a cemetery in which modern scientists discovered 300,000 cat mummies!

My murder wasn’t a matter of tolerance. Any one who tried to fuck with my life was to call for his end. Killing a cat in ancient Egypt was punished by death penalty. JUSTICE  folks!
Few centuries later, I kept my comfortable position in ancient Roman society, and my symbolization shifted from love to liberty. See? Love and liberty! Kudos to prime days!

This does make sense however. Man’s story in a great part of it has also been mine. As I said before, I’ve lived with the people their ups and downs.

Those glorious days of mine  I mentioned above were also glory for mankind as eras of progress and civilization. The same way I was doomed to experience the horrors of Man’s gloomy centuries.

The gloomiest days of my life, of my whole life, I came to see in the Middle Ages. What went wrong? How come that the same people, the same kind and proud guys that saw love and freedom in me, turned round a hundred percent degree to see evil in my presence!

Middle Ages people thought I was a sort of attached to some kind of witches and devil spirit. And while my life was worth anybody’s life and endangering it was enough to bring death to offenders, killing me became a religious duty during the Middle Ages!

It was an enormous go down the ladder, a noisy fall that I can still hear echo of my fallen body and the crack of the bones.

Renaissance and rebirth of Man and me

The Middle Ages era was my nightmare. Not until 17th century that things began to change and me starting to regain my social and public status.  Kudos to renaissance, saved me and man alike.

It’s true that I like knowledge, civilization and progress the same way I hate ignorance and blindness. When progress and enlightenments are there, I always keep a comfortable social status in Man’s community. Why not, and I am one of science and knowledge combatants.

Many precious books and manuscripts lived due to my fight against rodents. Some were gone forever when I wasn’t there.

Of course things have changed in modern time. My life and relation with Man is improving and turning into a real friendship. Present day people no longer  expect any returns for their friendship; they no longer expect the cat to chase mice away as the only job that their ancestors hired him for.

Neither do I need to trap mice and vermin to get my food; I now earn my living for free, and the only thing I give in return is friendship. I enjoy my life beside my friend who bestows me with love, care, and tenderness.

Certainly not all human beings are alike, and not all of them share this friendship and gratefulness. But the point is that, nowadays, cat lovers are millions all round the globe, and the number is even at rise.

Last Note: Those who hates me

Who are they? When I mention haters you may think that mice and rats are the one I have in mind. Sorry to let you down. The latter creatures have a great heart that knows no way to hatred.

They do what they got to do! Take caution, hide, play tricks to protect themselves and evade being pried upon. They do this in the most serene and natural way that distinguishes the animal behavior. They are rightful about all the way. What I mean is those sniffers among Man family who stick their over-curious noses  into my business and unnecessarily pretend to have more savvy about my concerns than I while they are mere pathetic little illiterates.

At the top of those tacky crooks comes William Hanna, of Tom and Jerry cartoon series. This man had his ears grown cold to facts and made all his efforts to draw a moron image of me! The rest you must know it yourselves.

Few Words to My Fans

My present day life’s headline ought be: can’t complain. Things are going from good to better. And to those who share love, respect, and caring, with me, as well as to those never thought twice to defend my rights, I tell them that I love you and owe you a BIG THANK YOU!

You liked my life story? Let me know. Waiting your feedback!