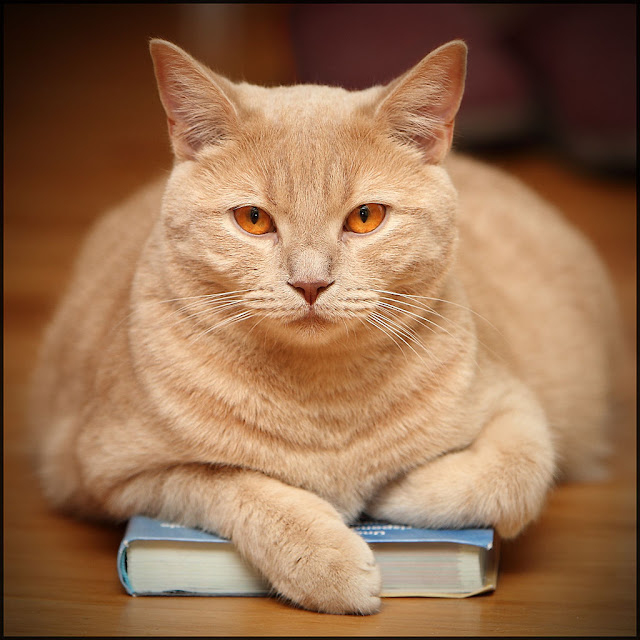 People used to underestimate domestic cats when it comes to evaluation based on intelligence standards. Perhaps even nowadays, the remnants of such assumptions still survive, at least under the pretext that cats are slow to learn trick compared to dogs for example. Bu is the fact that cats are less inclined to learn tricks enough to assume they are less intelligent? Not enough at all. That can tell only felines are different.
The cat is an intelligent animal, not only because it shows the ability to adapt to the world around it, but it is also able to survive alone, in town as well as in the countryside. But how cat intelligence is conceived? What is it made up of?

For a long time it has been the belief that intelligence is reserved for man and that cats are programmed at birth to adopt certain behaviors. Recent studies have proven them wrong. In fact, cats are able to observe reason and memorize.

In the 1950s, cat intelligence behavioral studies demonstrated that animals were able to solve basic problems. Intelligence is based on three faculties of the brain. First, there is the ability to solve problems.

Like the man, the cat has the ability to solve a real problem. It is also capable of abstraction. For example, the cat has no trouble associating his bowel with food. Even if you change his bowel to another, he will continue to associate it with the food. Finally, the cat also has the faculty of reasoning in a certain context.

It is able to figure out what to do when hungry or when it wants to play. Thus, the reasoning abilities of the cat are adapted to its needs. The cat does not have the utility of solving a complex problem like an equation with two unknowns. The cat’s intelligence is rather “tailor-made”, designed to meet its primary needs
Capacity for memorizing a chat

It is during its first eight months that the kitten forges a personality, develops its cognitive and social skills and learns to behave like an adult. To do this, it observes and memorizes everything taking place around.

First, it is with its mother that the kitten learns to behave, to play, to communicate with fellows and to hunt. It is a learning based on observation, imitation, adaptation and memorization. The kitten observes the gestures of the mother and memorizes them to reproduce them later when facing similar situations.

Therefore, the kitten already has measures to draw conclusions about what it observes, to make use of that when turning into real world practice. Young cats are also able to anticipate events like movements of prey.

Cats are able to memorize which door leads them go out and what box contains food. They learn to interact with their environment by using a form of learning that psychologists call “operative”. The cat also learns to differentiate between several cords attached to a piece of meat, for example.

The classical method of Pavlov conditioning:

It has always been interesting to understand how the intelligence of the cat works. Nevertheless, any attempt to give a scientific demonstration as to how cat’s intelligence operates seems far beyond the reach of nowadays science, (hope case differs sooner).

Yet, most cat owners and veterinarians know or had experienced the case of a cat having mysteriously succeeded in opening its cage, closed by a latch. Even those who has never have the chance to closely observe a cat, Youtube videos are quite sufficient to tell them a lot about smart acts on the part of Felix feline.

Should we let our cat out in winter?